Authors, often go to the extreme when marketing their book or product launches. What they don’t realize is sometimes, the most successful and effective method is right in front of them the whole time. Take for example, book marketing. Marketing a book is one of the toughest things to do. Each year, at least 50,000 authors are published in the United States alone. The unfortunate statistic is most fail to get noticed and very few achieve their main goal as an author…building up a readership. 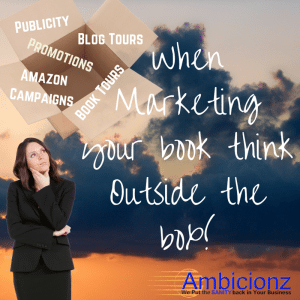 A proven way to get the word out and polish off your book before it hits the stores is sampling. Major corporations utilize focus groups, pollsters and other marketing experts to build up their brand name. This is similar to planting seeds to get a garden or orchard to grow. The more seeds you plant, the better your chances to grow vegetables or apple trees. As an author, you can use sampling or “seeding,” to build up awareness of your book.  During the publishing process, successful authors have discovered a clever way to attract readers, and at the same time, upgraded their status as an author.

A very successful author took the concept of sampling to the next level. After going through the same steps in the publishing process for years, he decided to experiment with what every author secretly feared…a peer review.  The secret to his success was that he did it with a twist.  Instead of waiting until the book was published to read reviews, he posted the book on his website to accept all criticisms, in advance.  He called this a “Public Peer Review”.

Before posting the first eight chapters of his electronic version of the book, he notified subscribers, several days earlier, that the book would be available for an Open Review on his website.  In the email notification, he included a reminder to “tell a friend” about the book’s pre-publication.

By the time his book was ready to be electronically published, his number of subscribers jumped 10 percent!  In less than one week, he had gained more new subscribers than he had in the previous months. In addition, his Alexa rating, for the week had jumped ahead of nearly 1 million other websites.  The one week draw from the email notification had increased the three month average by 267 percent.

What this author did was think outside of the box and take a leap of faith in his book.  This marketing experiment provided him with a greater readership and a broader range of opinions helping him improve his book. This leaves the question what can you do to break the barrier and become a successful author with a large readership.  Remember THINK OUTSIDE the box.  DON’T be afraid to experiment!

This site uses Akismet to reduce spam. Learn how your comment data is processed.

Do You Need HELP?

Stay in the know…

Tips and Tricks oh my…